Actress Ada Slim has called out a lady who wore a short dress to church yesterday, as she defended Pastors and ‘weak brothers’.

The actress who said she is a feminist and anti-rape/molestation activist, stated that she is also realistic of the fact that a man has a right to be tempted even though he has no right to molest a woman because of her dressing.

Advising ladies not to be an instrument of temptation to the body of Christ, Ada Slim wrote;

My eyes see something for church today …….later we blame Pastors & weak brothers in the Lord.  Yes most of us are guilty of hot sexy outfits but hell NO, not to church

I’m a feminist & anti-rape/molestation activist but, as much as a man has no right to molest a woman becos of her dressing, am also realistic abt the fact that a man has a right to be tempted…..don’t allow d devil to use u as an instrument of temptation to the body of Christ

I have severally heard my Pastor’s wife (name withheld) talk about dress code to church so nobody should come here and attack Pentecostal Churches for tolerance “If you can’t wear it to work or job interview, don’t wear it to church” 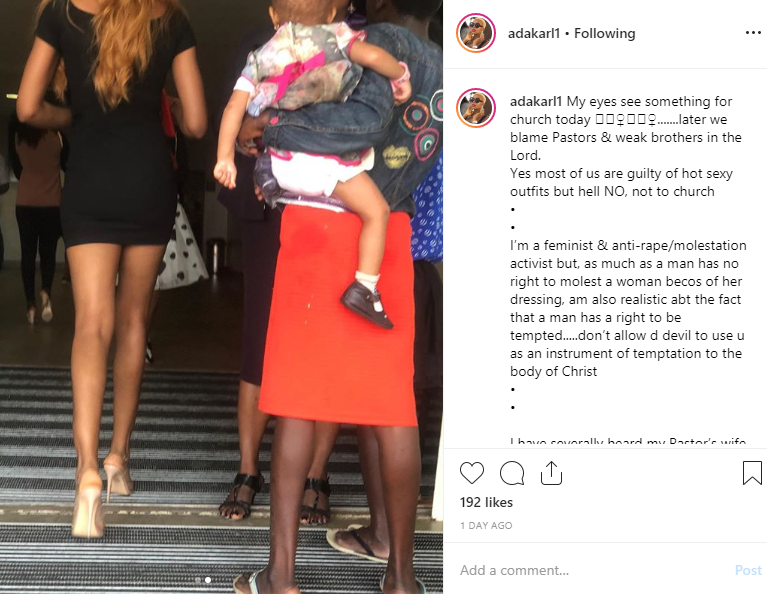