Florida Uzoaru, a Nigerian lady who describes herself as a ”bitter feminist”,  has recounted how marriage and becoming a mother almost deviated her life long ambition of being a successful career woman.

Florida in a Twitter thread, stated that her dream for a very long time was to become one of the most successful women but marriage and child bearing almost stopped her from going after her goals.

Florida recounted how she met her husband and then got pregnant immediately after their wedding, a decision she said she regretted at the time. According to her, her husband has come to terms with the fact that she is an ambitious woman who must pursue her dreams alongside holding on to her marriage. Read her story below 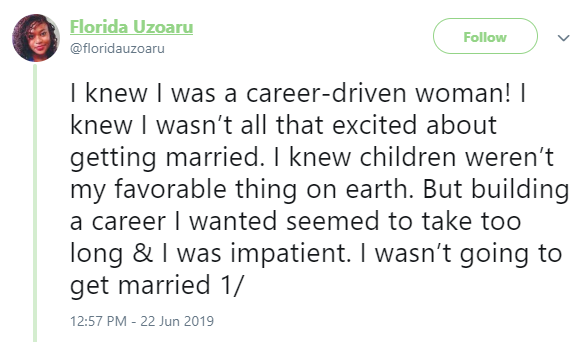 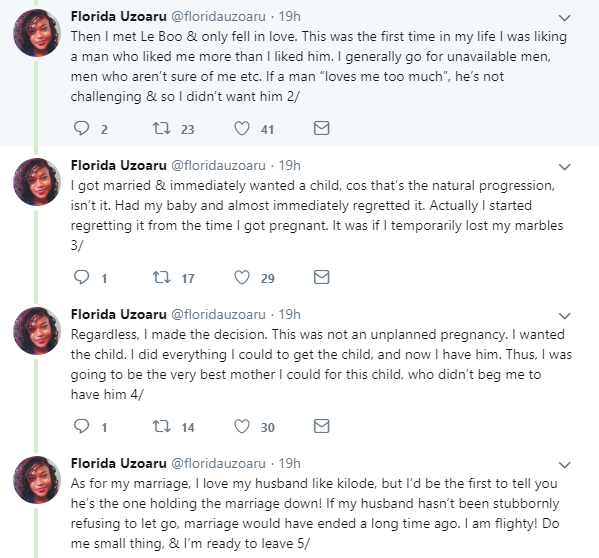 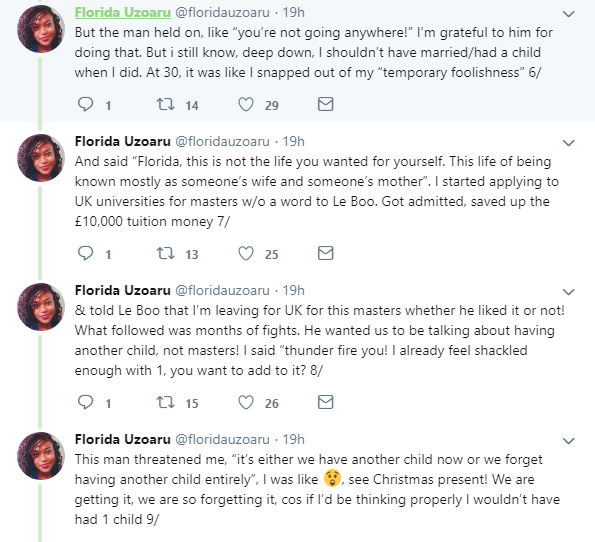 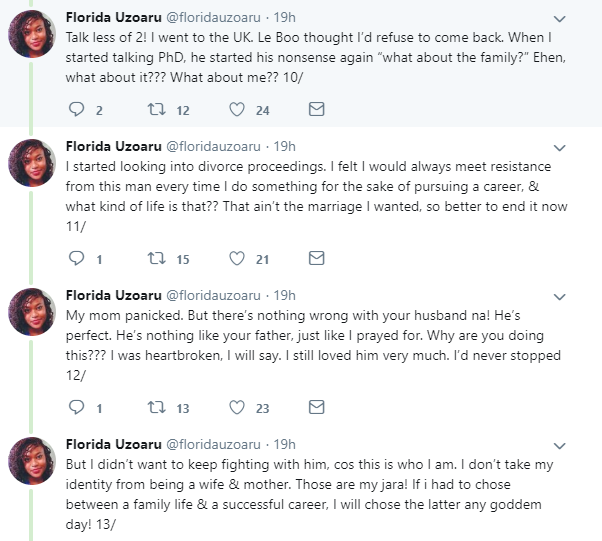 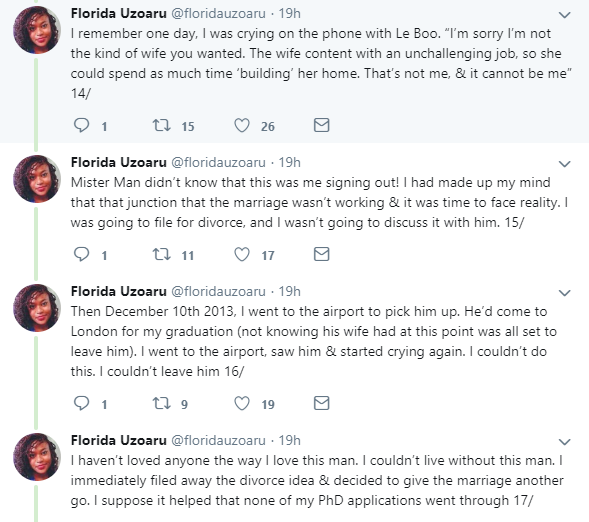 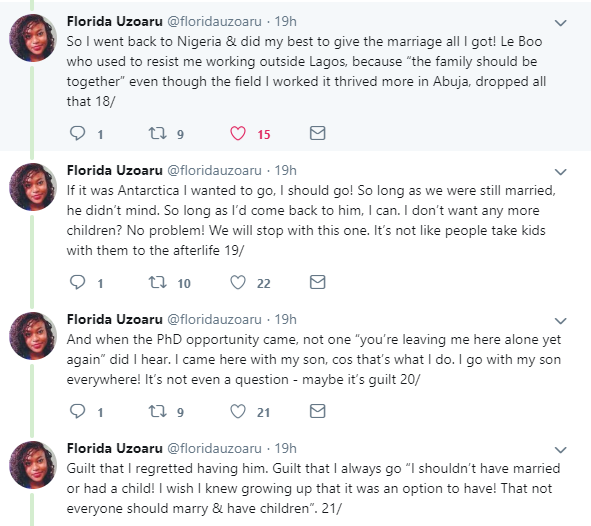 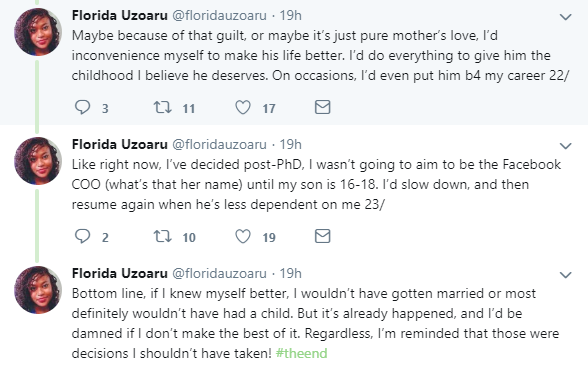 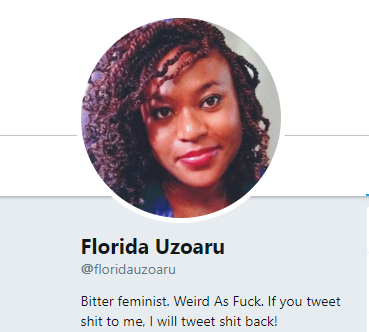