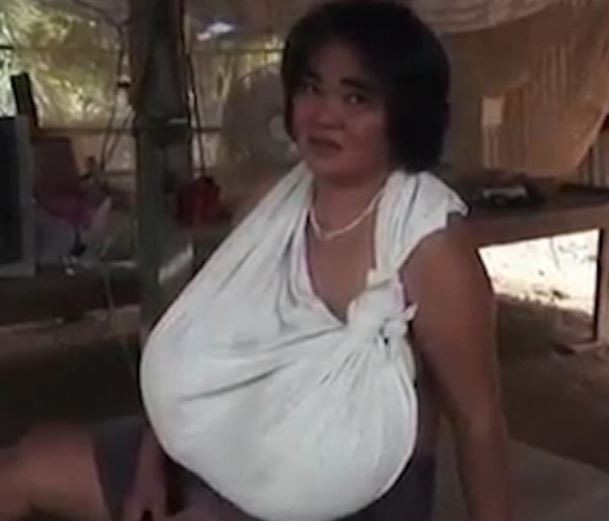 A woman has been left unable to walk without crutches due to a mystery condition that has caused her breasts to grow uncontrollably.

Lam Phrai Si Nuan, of Thailand, suffers from excruciating neck, shoulder and back pain because of her gigantic bosom. Local reports claim the 46-year-old is forced to wear a heavy cloth tied behind her neck to support her breasts. 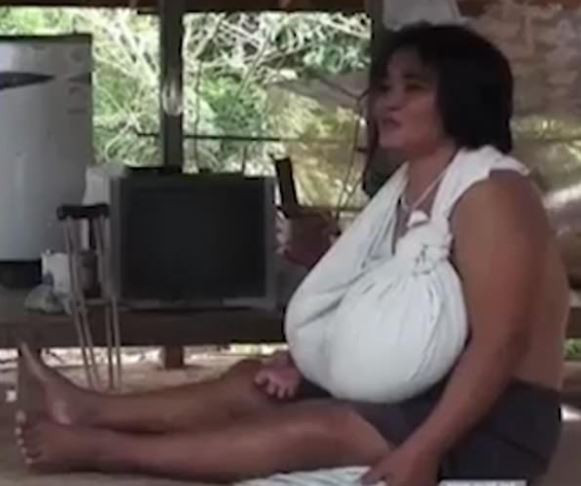 She first noticed her breasts getting bigger three years ago but said they started growing exponentially around nine months ago.

Lam Phrai who from a village in Phitsanulok provinc, claims doctors have been unable to diagnose or treat her.

According to reports, her left breast grew first for four to five months, then the right one grew afterwards but medics based at Phutthachinarat Hospital have ruled out cancerous tumours.